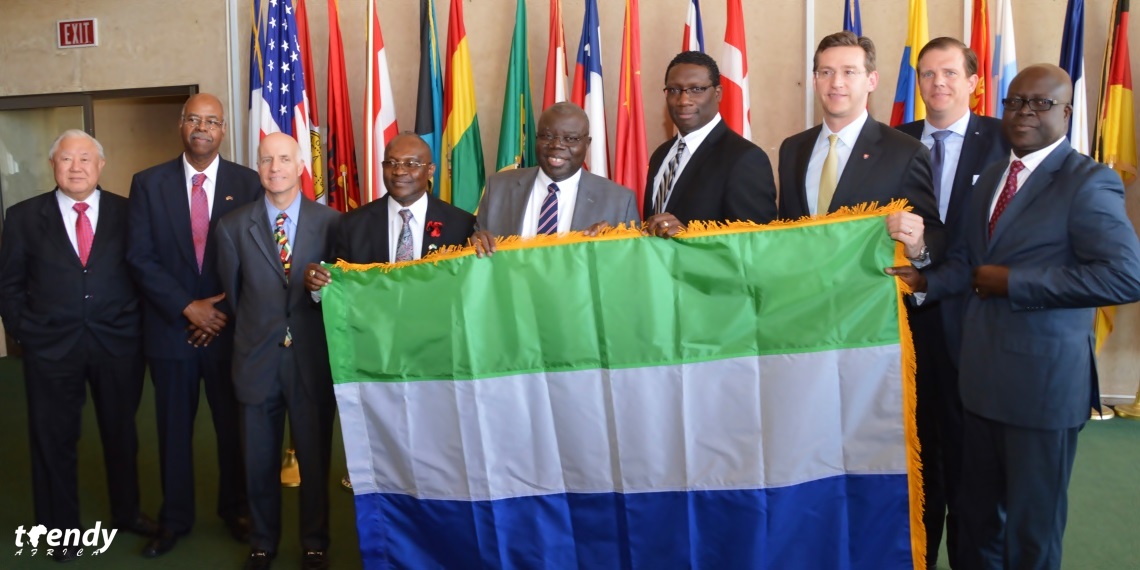 The Ambassador of Sierra Leone to the United States His Excellency Bockari Kortu Stevens formally inaugurated the Honorable Patrick R. Jackson as the Honorary Consul of Sierra Leone to Texas. The event which was hosted by the City of Dallas in collaboration with the World Affairs Council attracted an impressive audience comprised of Sierra Leone Nationals, top city council members, diplomats, business executives among others.

As Honorary Consul for Sierra Leone to Texas and surrounding States, Patrick R. Jackson’s major focus in his new post will be enhancing bilateral relations in trade, economy, culture and science. Mr. Jackson became the first African to be elected as a council member in the city of Rowlett where he also rose to a position as Deputy Mayor. He is an entrepreneur and is CFO of several companies and holds a Master’s Degree in Engineering from Oklahoma State University. He enjoys fishing, golf and tennis and is married with five children and four grandchildren.